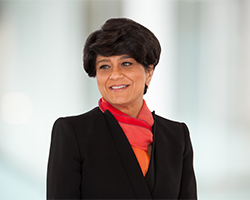 Shriti Vadera was an investment banker with SG Warburg/UBS from 1984 to 1999, on the Council of Economic Advisers, HM Treasury from 1999 to 2007, Minister in the UK Government from 2007 to 2009 (Cabinet Office, Business Department and International Development department), G20 Adviser from 2009 to 2010, and advised governments, banks and investors on the eurozone crisis, banking sector, debt restructuring and markets from 2010 to 2014. She was a Non-Executive Director of AstraZeneca plc from 2011 to 2018.

Shriti has been a member of the Nomination Committee since 1 January 2015 and Chair since 30 March 2015. Her intention to step down as Chair in 2020 was announced in January 2020. 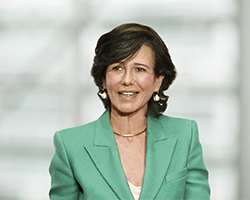 Ana is also Non-Executive Director of The Coca-Cola Company, since 2013, Vice-Chair of the Empresa y Crecimiento Foundation, since 2000, Vice-Chair of the World Business Council for Sustainable Development, since 11 January 2016, and Member of the MIT’s CEO Advisory Board, since 2015. 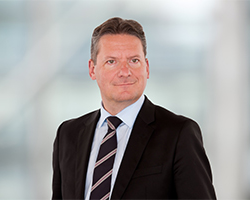 Scott Wheway was appointed Senior Independent Director on 18 May 2015 and Independent Non-Executive Director on 10 January 2014.
Scott Wheway brings extensive retail and consumer knowledge to the Board, having formerly held various senior roles at Tesco plc, including Operations Director and CEO, Tesco Japan. Following this, he was CEO of Best Buy Europe and Managing Director and Retail Director of Boots Company plc (now known as The Boots Company Ltd) and Managing Director of Boots the Chemist at Alliance Boots plc. Scott also has experience of the financial services sector through his past roles at Aviva plc (NED from 2007 to 2016) and Aviva Insurance Limited (Chairman from 2015 to 2017).

Scott is also a Non-Executive Director of Centrica plc since 1 May 2016 and has served as its Chairman since February 2020. He has also served as Chairman of AXA UK plc, since 12 December 2017. 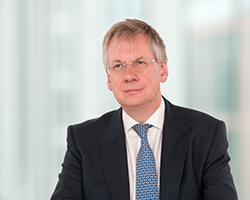 Chris is a past president of the Association of Corporate Treasurers.

Chris is also Audit and Risk Committee member of the Wellcome Trust, since 1 September 2016, Non-Executive Director of Redburn (Europe) Ltd, since 2014, Chairman of the Advisory Board of the Association of Corporate Treasurers, since 2010, and Investment Trustee of the Civil Service Benevolent Fund, since 2015. Genevieve Shore was appointed Independent Non-Executive Director on 18 May 2015.

Genevieve Shore brings digital, technology and commercial expertise to Santander UK from a career in the media, publishing and technology sectors, most recently as Chief Product and Marketing Officer of Pearson plc, and previously as Director of Digital Strategy and Chief Information Officer.

Genevieve has also advised and invested in Education Technology start-ups and works with female executives as a coach and mentor.

Genevieve is also Independent Non-Executive Director of the Rugby Football Union, since 2017. 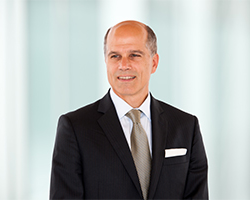 Ed Giera is an experienced Non-Executive Director, having held a number of Board roles following his career with JP Morgan Securities, the investment banking affiliate of JP Morgan Chase & Co. He provided corporate finance advisory and fiduciary services as Principal of EJ Giera LLC and was formerly a Non-Executive Director for the Renshaw Bay Structured Finance Opportunity Fund, NovaTech LLC, and the Life and Longevity Markets Association. Ed was also a director of Pension Corporation Group Ltd from 2012 to 2015, and Pension Insurance Corporation Holdings Ltd from 2008 to 2012. 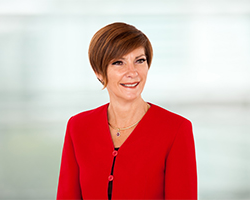 Annemarie Durbin has 30 years' international retail, commercial, corporate and institutional banking experience culminating in being a member of Standard Chartered’s Group Executive Committee. In addition, she was Group Company Secretary at Standard Chartered for a number of years and an independent non-executive director on the board of Fleming Family and Partners Limited. Annemarie is an executive coach and mentor. 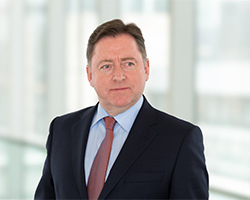 Gerry Byrne has been the Chairman of the Supervisory Board of Bank Zachodni WBK SA (BZWBK) (part of the Banco Santander group), since 2011 having originally joined the BZWBK Board as Deputy Chairman in 2001.

Previously, he held several senior management roles at AIB Group, both in Ireland (from 1973 to 2000) and in Poland (from 2001 to 2010), latterly as Managing Director of the Central Eastern Europe Division in 2009-2010. He is a member of the Irish Institute of Bankers, Irish Management Institute and an Alumni of Harvard Business School.

He stepped down as a Director of Santander UK Group Holdings plc on 31 December 2019. 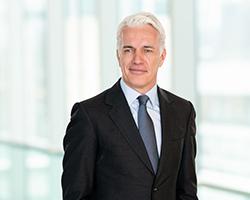 Garrett Curran was appointed Independent Non-Executive Director on 7 May 2019.

Garrett has spent over 20 years in investment banking in a variety of positions, predominantly in global markets, capital markets and investment banking in London and New York. Most recently, he was CEO of Credit Suisse in the UK and the bank’s Chief Client Officer in EMEA, whilst also managing and supervising their Global Markets EMEA client business, with responsibilities spanning strategy, operational management, supervision, culture and senior client relationships. Since leaving Credit Suisse in 2016, Garrett has been an active advisor and investor specialising in financial services, technology and real estate.

Garrett has been a member of the Board Risk Committee and the Board Audit Committee since 7 May 2019 and Chair of the Responsible Banking Committee since 28 April 2020. He stepped down as a Director of Santander UK Group Holdings plc and from its Board committees on 31 December 2019. 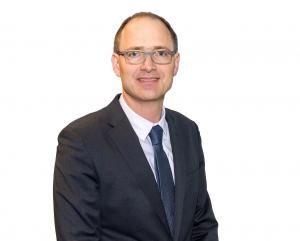 Dirk was appointed Non-Executive Director on 7 May 2019.

Dirk joined Banco Santander as Group Head of Technology and Operations in September 2018.  He joined Banco Santander from AXA Group, where he served as Group Chief Information Officer (CIO) since 2013 leading the insurance group’s technology and information security transformation, its overall project portfolio and as co-sponsor of its digital strategy.  His global technology leadership roles include previous work at Accenture, Daimler Chrysler and Winterthur Group.

As Banco Santander Group Head of Technology and Operations, Dirk Marzluf is responsible for leading the information technology and operations function and its strategic development.

He stepped down as a Director of Santander UK Group Holdings plc on 31 December 2019. 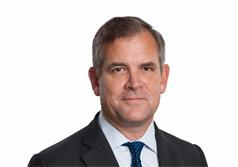 Bruce Carnegie-Brown is currently Vice Chairman and Lead Independent Director of Banco Santander, S.A. (since 2015) and Chairman of Lloyd’s of London.

Bruce was appointed as a member of the Nomination Committee on 28 April 2020.

For further information on other principal appointments of board members to companies part of the Banco Santander Group, please refer to our latest Annual Report.

Compliance with CRD IV
Santander UK plc complies with sections 4.3A.5R and 4.3A.7R of the FCA/PRA Senior Management Arrangements, Systems and Controls manual. The Board members of Santander UK plc are regularly reminded of their duty to notify the Board of any changes to their external directorships, which are kept under review by the Secretariat department.